We can email the recipient of your choice instant online access to the course. This is the easiest way to send someone else the course as a gift.

Join Finn, Chewbacca, Lando Calrissian, Boolio, C-3PO, R2-D2, and D-O, as they travel the galaxy aboard the legendary Millennium Falcon.

Please allow up to two weeks for delivery

Skip to the end of the images gallery 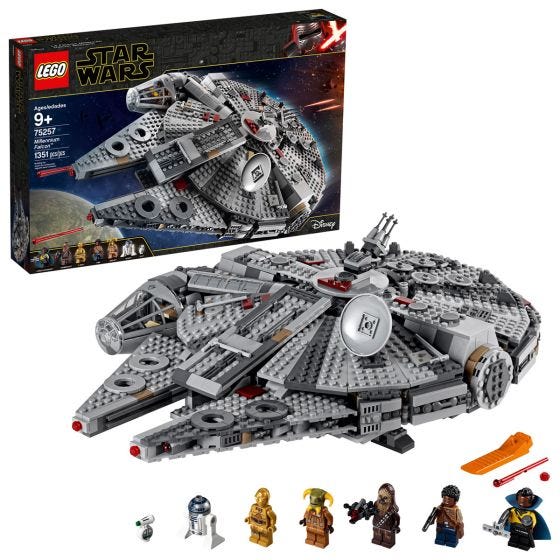 Skip to the beginning of the images gallery
Details
Reviews
Q&A
Join Finn, Chewbacca, Lando Calrissian, Boolio, C-3PO, R2-D2, and D-O, as they travel the galaxy aboard the legendary Millennium Falcon. This brick-built version of the iconic Corellian freighter features an array of details, like rotating top and bottom gun turrets, two spring-loaded shooters, a lowering ramp, and an opening cockpit with space for two mini-figures. The top panels open to reveal a detailed interior in which everyone will love to play out scenes from their favorite Star Wars film. Measures 17”l x 12”w x 5”h. Please allow two weeks for delivery. Includes 1353 pcs. Recommended for ages 9+.

Stay up to date on new arrivals, email exclusives, and more.